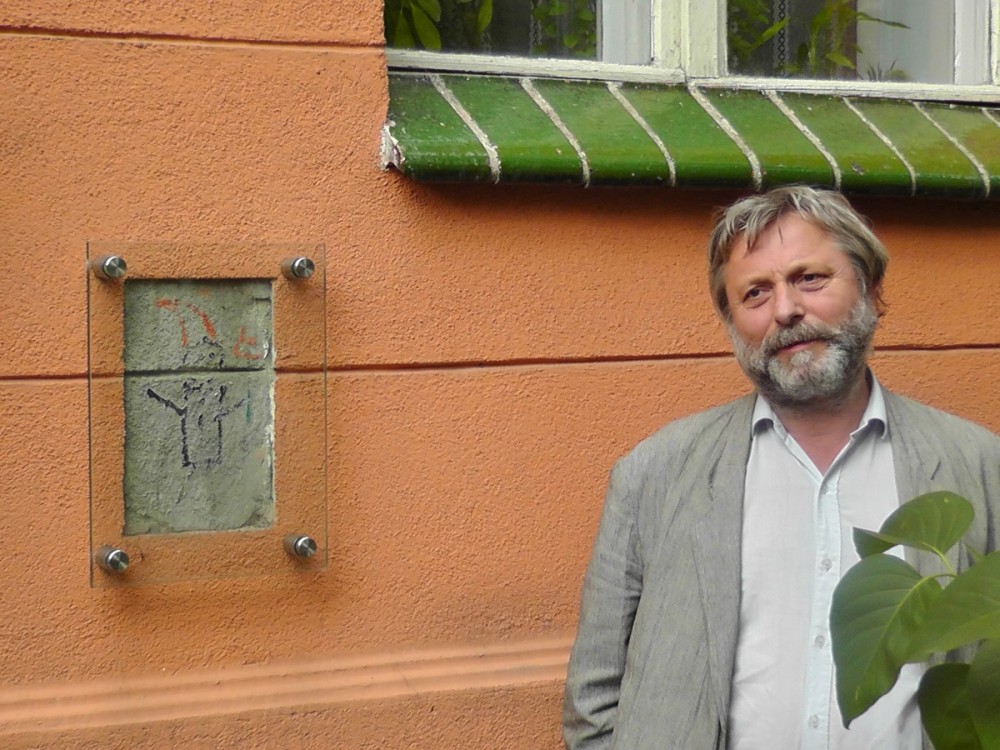 Waldemar "Major" Fydrych was born on April 8th 1953 in Toruń as Zodiacal Aries. He is a graduate of History and Art History from the University of Wroclaw in Poland. In 2012 he received PhD degree from the Academy of Fine Arts in Warsaw.  The title of his doctoral thesis was "Happening as an act that integrates, heals and transforms art and reality."

He began artistic opposition activities as a student in 1970s. Following the creation of Solidarity in Gdańsk in August 1980, two months later in Wroclaw he launched with his friends the New Culture Movement. It was at that time that he wrote the "Manifesto of Socialist Surrealism" in which he argued that the communist government was so inherently surrealistic that it could be seen as a form of art and that even a single militiaman standing in a street was a work of art.

During the early Martial Law period, in the  years 1981 - 1982, Poles became familiar with "Major" Fydrych’s work through his stylistic dwarf graffiti painted on spots covering anti-regime slogans written by other oppositionists on city walls. Altogether over thousand of such images were painted in the largest Polish cities by Major Fydrych helped by a small group of friends.

In 1986 he created the "Orange Alternative" movement whose ideological backbone was "Manifesto of Socialist Surrealism". In a peaceful manner, through the use of absurd humor and artistic happenings whose number exceeded sixty, the Orange Alternative successfully was undercutting the military regime’s authority and dispelling  people’s fear of it.

Waldemar Fydrych authored four books and a  libretto for an opera called "Don General". He equally is a gifted painter who paints characteristic works of dwarf images. He is a member of the Free Word Society.

His book "Lives of the Orange Men" was published in English in July 2014 by a British publisher from London, Minor Compositions, with a foreword by an activist duo The Yes Men and an American journalist, Anne Applebaum.

In 2013 in Brad Finger’s book "Surrealism - 50 Works of Art You Should Know" published in 2013 by Prestel Publishing he was listed as one of the most prominent surrealists and his dwarf graffiti was placed along with the works of such great artists as Artaud, Duchamp, Buñuel, Dali, Picasso and others.

You can learn more about Major on his personal website at this address: https://www.majorfydrychart.com/

Agnieszka Couderq completed studies in the United States with a B.Sc. in Geophysical Engineering. She lived in France, Mexico, Rwanda and Burundi. After her return to Poland she opened her own company.

In 2007 she retired from the business operations and became a co-founder and board member of the Orange Alternative Foundation. In 2018 she completed a master degree in the area of Chinese Studies at University of Warsaw. Her master thesis was entitled "Water management in continental China across the centuries and the contemporary risks" under the supervision of professor Józef Pawłowski. For years she has been keenly interested in the relations between the West and the Easti.